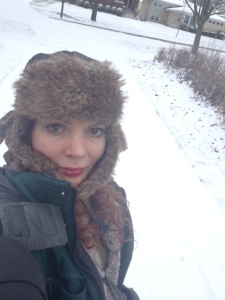 Jennifer Summerfield has appeared with SmokeyScout Productions in two Philly Fringe festivals, a raucous holiday show, and last year’s full-length production of Carter’s Play.  Obviously, she enjoys working with these crazy people.  She was most recently seen in Curio Theatre’s The Real Inspector Hound, and, as a change of pace, will be playing the role of Nora in A Doll’s House at the Ebenezer Maxwell Mansion in August. Jennifer is a graduate of the Neighborhood Playhouse where she learned to repeat with the best of them, and she hopes to travel to Moscow and Cairo someday.

Ryan Walter has been living and acting in Philadelphia for just over four years.  A graduate of Vassar College, recent acting credits include:  Birdboot in The Real Inspector Hound (Curio Theatre Company), Rob Debree/others in The Laramie Project: Ten Years Later (Quince Productions, Pod (u/s) in The Borrowers (Arden Theatre Company), Bottom in A Midsummer Nights Dream (Shakespeare in Clark Park), and Mason in Take Me Out (Plays & Players).  Also with Curio Theatre Company: Ensemble in Slaughterhouse 5, Piggy in The Lord of the Flies, Tragedian/Polonius in Rosencrantz and Guildenstern are Dead and Sir Toby Belch in Twelfth Night. In addition to working as a teaching artist in the larger Philadelphia area he has performed in Curio Theatre’s children’s series Kid Curio and the Improv Avengers. 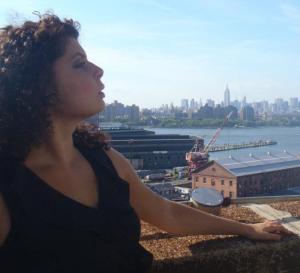 Sarah Knittel hails from the fist-pumpin’ beaches of the Jersey Shore. She is a BFA graduate from New York University’s Tisch of the Arts in Acting. She has been working professionally throughout the East coast since graduation and recently moved to Philadelphia. Her most current roles include Mary Ellen Carter in Decision Paratagee (Mt. Hope Estate and Winery) and Lady Ligeia in Poe’s Evermore (PRF productions). Sarah also is a member of the acting ensemble at the Garden State Discovery Museum. She is thrilled to be a part of  Return of Confessions of aPlate and Shoe. Sarah would like to thank the cast and crew, her family, friends, and David Bowie.

Danielle Adams: Most recently worked with Teatro Delle Due in Reggio Emilia, Italy as Helena in All’s Well That Ends Well.  She received her BFA in Acting from The University of the Arts.  Other credits include: August Osage County (Barbara u/s), Arden Theater Company; Carthaginians, Rev Theater; Dracula, Tribe of Fools; Colder Than Here, Allens Lane Theater; and Lovers, Roundtable Theater. Future projects include generally being fabulous.

Sebastian Cummings is a Philadelphia stage performer last seen in Plugged Inn: An Electric Cabaret.  He is very happy to work with this incredible cast. He has worked with Hella Fresh Theater in Automatic Fault Isolation and Queen of All Weapons; Quince Productions in The Laramie Project; and has presented his own work at Independent Voices at the Centre Theater in Norristown, Primary Stages, and at Plays & Players with 4SW Entertainment.

A Jersey girl at heart, Katherine Perry has made a new home in Philadelphia. She currently works at the Arden Theatre Company as their Group Sales Associate and is a teaching artist for numerous companies including the Arden and Theatre Horizon. Katherine has her BA in Psychology and Theatre from Lehigh Univeristy and has studied with the British American Drama Academy in Oxford, England. @KayPear