Hallie Martenson (performer) is a playwright and performer, who by day is the Director of External Relations at Pig Iron Theatre Company. Her most recent projects have been You’re Not Special, a bouffon clown show about millennials, which she co-created with collaborators Meghan Winch and Tara Demmy, and her original solo play MonkeySong, which was produced as a part of the Jilline Ringle Solo Festival by 1812 Productions.  She is currently a member of the playwriting think-tank Writers on the Rocks.  She received her Masters in Theater degree from Villanova University in 2015, after three years building the New Haven Theater Company in Connecticut. Favorite roles include Theona (Big Love), Sophie/Celia (Everett Beekin), Marlene (Top Girls), and Everyman (Everyman).

JJ Jury (Lighting Designer) is a poet, electrician, and lighting designer from the PNW currently based in Philadelphia. They’ve been working in theater for the past six years and have designed lighting for multiple productions, plays written by friends, electronic music performances, art-fashion runway shows, fiddle, jazz, blues concerts, musicals, improv comedy, and experimental dance.

Josh McIlvain (director, creative concept, additional text) is a Philadelphia-based playwright, director and producer. He is the artistic director of Automatic Arts (automaticartsco.com), which he founded with Deborah Crocker in 2008. He founded the Nice and Fresh presentation series of new works of theater and dance, and writes and directs a new work of theater for each show. In addition to the Nice and Fresh series, the company produces shows written and directed by Josh and collaborations with other artists. Additionally, he has had his plays (shorts, one acts, and full lengths) produced throughout the U.S. He lives in the Mount Airy neighborhood of Philadelphia with his wife Deborah Crocker and children Jasper and Ginger.

Joshua McLucas (perfromer) is a Philadelphia-based actor/director/producer. He last appeared with ON THE ROCKS as Huck in Wolfcrush: a queer werewolf play and Fred in The Bride’s a C***. He is the founder and co-artistic director of [redacted] Theater Company, with which he helped create intimacy-fostering experiences by and for the queer and trans communities. A graduate with High Honors in Theater from Swarthmore College, he has trained with SITI Company, Pig Iron Theatre Company, and at the British American Drama Academy. Recent credits include Till Birnam Wood… (LaFon Performing Arts Center, New Orleans), Richard III (The Mechanical Theater), The House of Blue Leaves (South Camden Theatre Company), and Mercury Fur (BrainSpunk Theater). www.joshuamclucas.com. 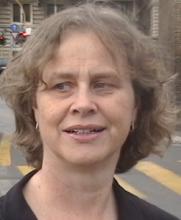 Sheila Murnaghan (translation of Medea by Euripides, W. W. Norton & Co, 2018) is the Alfred Reginald Allen Memorial Professor of Greek at the University of Pennsylvania. Recent books includes Childhood and the Classics: Britain and America, 1850-1965 (co-author), and Hip-Sublime: Beat Writers and the Classical Tradition (co-editor), both of which were published in 2018. She is the author of Disguise and Recognition in the Odyssey and numerous articles on Greek epic and tragedy, gender in classical culture, and classical reception as well as the co-editor of Odyssean Identities in Modern Cultures: The Journey Home and Women and Slaves in Classical Culture: Differential Equations. She is currently working on a new translation of Sophocles’ Antigone.

Homer Robinson (actor) worked as a journalist and filmmaker before going to law school, after which he practiced as a public defender and non-profit lobbyist—all jobs which made good use of his undergraduate theater degree. He lives in Mt. Airy with his wife Lisa and their two sons, Theo and Felix. This is his Philadelphia stage debut.

Lauren Suchenski (actor) studied theatre at Arcadia University and is thrilled to be making her debut with Automatic Arts in Pure Medea. She has been seen on stage recently at Langhorne Players, The Kelsey Theatre, Actor’sNet, JustArt Theatricals, Music Mountain Theatre, Playmasters Playhouse, Newtown Arts Company and Ultra V Theatre as part of the Philly Fringe Festival. She is also classically trained in ballet, choreographs for JustArt Theatricals and performed in American Repertory Ballet’s touring The Nutcracker for nearly a decade. She was a semi-finalist in the Kennedy Center American College Theatre Festival in 2011 and 2012. She currently lives in Yardley with her 4-year-old son Jamie.

Adrena Williams (costume designer) is a second-year graduate costume assistant at Villanova University, supporting all of their mainstage productions. She received a BA in English Literature from Temple University in 2016, before turning her focus to theatre. Adrena was an administrative intern with Inis Nua Theatre Company, and acted as production dramaturg on The Amish Project (Arcadia University), Dogs of Rwanda (InterAct), and Love and Information at Villanova. Adrena will return to Inis Nua as dramaturg for the American premiere of Untitled later this spring.